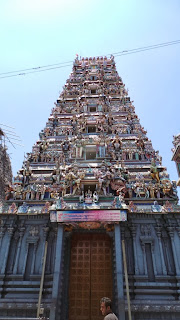 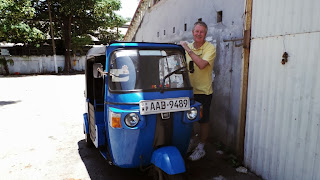 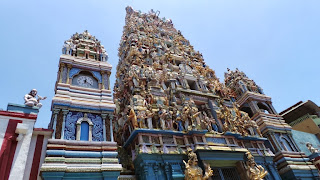 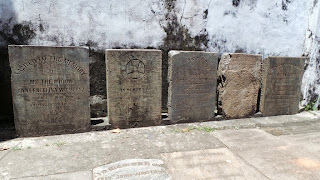 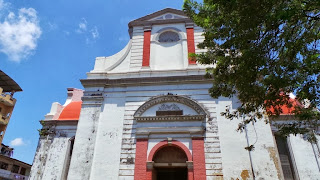 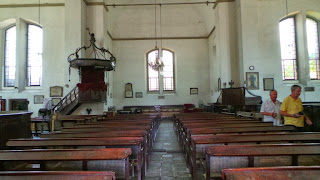 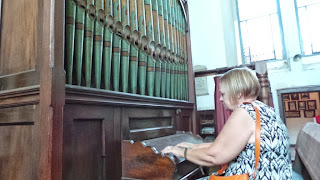 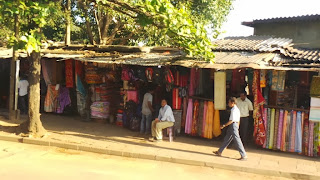 We did visit a Hindu temple but we were not allowed to enter, so instead we visited the old Church of Wolvendaal which was built by the Dutch Reformed Church in 1749.

I assume those of importance to the church were buried around it‘s perimeter as we found many grave stones as we drove in.  The church is simplistic, such a difference to all the other places of worship we have visiting which have been so richly adorned with their gods and icons.  About the only religious item I found in there was a cross that hung on the wall....

We were given a tour by what I would assume is the custodian and he proudly took us around showing us it’s highlights and telling us it’s stories.  Now with the city so built up it was surprising to hear that the church is on the highest point of the city, and once as the ships came into the harbour it was the first thing they saw.

Just below the church we drove through the Pettah  Markets.  Little India, little china rolled into one... and just chaotic.  I would of loved to have visited some of the fabric shops but between the heat and the mayhem we decided that the comfort of our air-conditioned car was a better option.

We said our goodbyes to our driver and walked into the shopping mall attached to the hotel for a spot of lunch, a quick walk around, a shop in the supermarket, a banana smoothie and later finished up with a Cocktail with Ros and Arnold.

Once back on the wharf we walked up and down the market stalls selling everything from precious stones, sari’s, T shirts, tea and taxi tours.... though the later would have made all their money in the morning!!