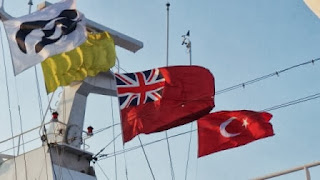 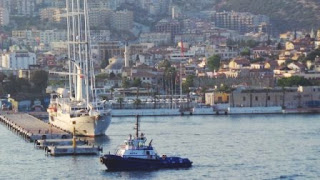 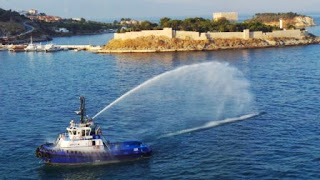 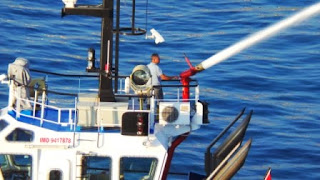 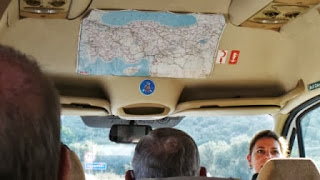 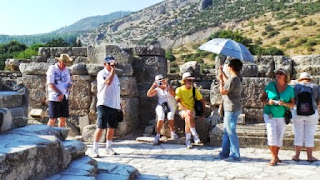 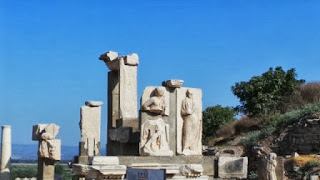 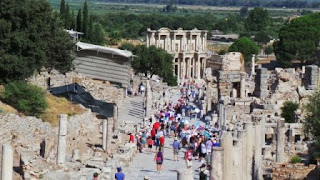 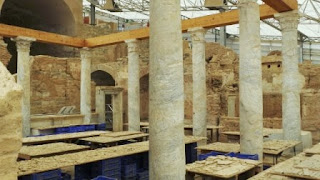 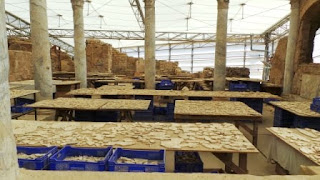 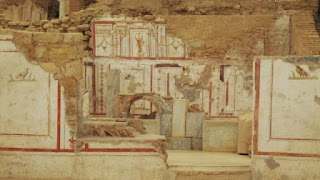 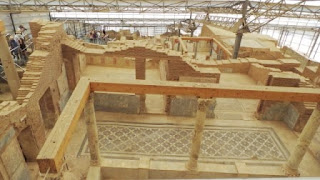 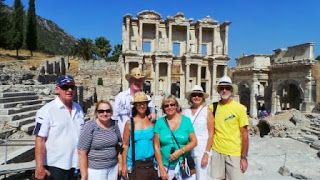 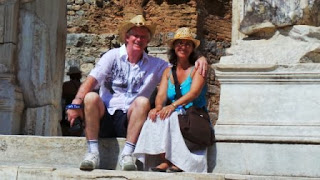 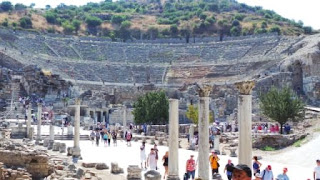 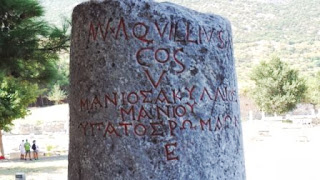 Today we are in Turkey, and we were told we would be sharing the dock with another Ship.... grr more crowds... you can imagine our surprise when our other boat was the  Wind Spirit which really is just a really big yacht.

We had a very easy disembarkation and we found our Guide Yelda very easily. We used www.privatetoursinturkey.com as we had used them in Istanbul last time.... she was a wonderful  and knowledgeable guide.

Once we were in our very flash and comfortable bus we were on our way to Ephesus.  Ephesus was an ancient Greek city which later became a major Roman provincial capital.  This is was major sea port but alas the ocean has disappeared over the years.

Ephesus is very hot to visit with limited shade, but it was a magnificent experience to visit the wonderfully preserved city.... there are actually four cities like this in the area and only 10% of this city has been excavated. We saw example of ancient mod cons, under floor heating, piped water systems, drainage systems, remains of beautiful frescos that decorated walls and intricate mosaics that decorate the floors .  We actually saw the biggest jigsaw puzzle ever.  Tables full of pieces some is painstakingly trying to fit back together.

Other highlights were the reconstructed library facade and the Grand Theatre that hosted many a famous stars until one day the sound vibration from the concert caused the collapse of a section of seating. Even saw what could be the first milestone ever.

We learnt about the meaning of many of the symbols we have nowadays like how outside the front of there shops traders would display a wheel that looks like a sliced pizza and how the religious fish symbol came into being.....

Then there is how the pharmaceutical snakes symbol came about. There was a hospital that claim to have a perfect record of cure rates.  Doctors would examine patient before they were allowed to be admitted, if they seemed curable they were accepted if they were a lost cause they were sent packing.  One day a doctor felt sorry for a very sick patient and admitted him.  After his mistake was realised and the patient deteriorated he was thrown out of the hospital.  Unable to travel the patient stayed out the front of the hospital.  The hospital staff felt sorry for him and would bring food, but never in the hospitial. One day as the patient slept two snakes slithered up to the man and drank milk from the bowl next to him.  When he awoke he drank the rest of the milk from the bowl and suddenly the man started to improve. A doctor had witnessed the snakes and realised the healing properties in Venom.  This is how anti venom was developed and if notice the pharmaceutical symbol is 2 snakes interwoven and leading to a bowl of milk.